Why the podcast format works for difficult conversations 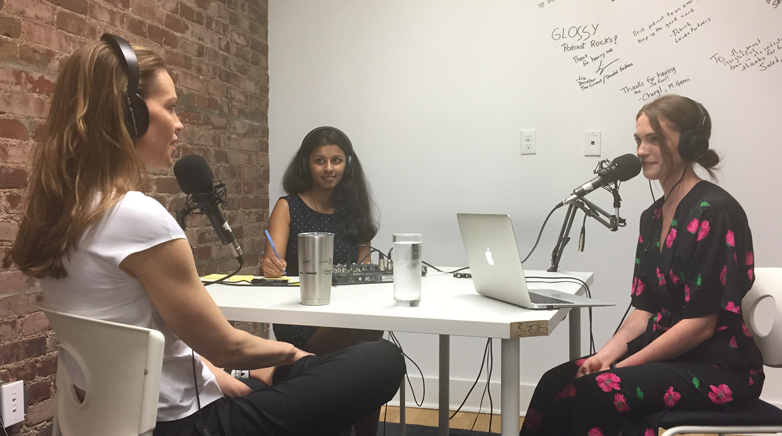 On an episode of the Glossy Podcast recorded in mid-January, the New York-based designer Mara Hoffman looked exasperated as she spoke into her mic.

“I got to this point where I knew: I had to change my business entirely, or walk away from it all together,” said Hoffman.

Hoffman was referring to the moment of reckoning she had almost three years earlier — an existential crisis during which she began to question everything about the nature of her business. She realized that her son, then six years old, would be inheriting the environment damage caused by an unsustainable supply chain. The magnitude of fashion’s earthly harm got to be so overwhelming that she couldn’t sleep.

These moments, as difficult as they are, are what the Glossy Podcast hopes to capture. The goal of podcast is to get at the core of what’s keeping fashion industry leaders up at night. Whether that’s the industry’s disastrous effect on the environment or Amazon’s mounting influence, the common thread remains that fashion is feeling the undeniable force of an ongoing sea change, and two groups have been formed: the leaders, and the followers.

No matter what facet of the industry these fashion folk come from, there’s a tendency that belies the industry to navel gaze. The questions that guide our podcast aim to force these guests to finally look up, take a step back from what they’re focused on and reckon with their overall place in the industry. It doesn’t always work. But at its best moments, the podcast conversations crystallize the changes that the fashion industry is dealing with in a way that’s grounded in specifics.

We’ve interviewed designers, company founders, digital marketers, agency executives and fashion editors to get at the root of what separates a forward-thinking leader from the rest of the pack. For example, take the reflections of Maggie Winter, the co-founder of the brand AYR, on the direct-to-consumer market: “All new brand founders think their brand is the most special, when really, they’ve become interchangeable. The space has become so crowded, it’s impossible to stand out.”

The podcast format works for these conversations because guests can take a moment to sit back, clear their minds of what else is going on in their day, and reflect. While the conversations are informal and unrehearsed, we make the effort to limit each episode to just 30 minutes — podcasts may be popular right now, but there is such a thing as too much of a good thing — so guests feel some pressure to make a succinct argument. When the barrier of entry in the industry has never been lower, everyone who comes to the table needs to be able to defend their seat.

For Hoffman, to be able to defend her seat, she had to overhaul her brand’s entire production process. She recounted how the people around her thought she was crazy. Her brand was profitable, and as a small, independent designer brand, you normally don’t mess with a formula that’s still working. But she knew she had no other option, and so she made the necessary changes.

“When people say they can’t do it, it means they don’t want to do it,” she said, and with that, she gave us another standard to which we’ll hold our future podcast guests.